Why would a designer “tip her hand” with advice for creating good logo art? Certainly not to encourage the DIY-ers out there, but rather to shed light on the process.

I see logos every day that are not the greatest. There are a number of reasons for this.

If you look around at the logos you see every day, especially the “big guys,” you’ll recognize that they’re operating from these eight basic principles. I often encourage my clients to be “mindful” of the logos they see around them so they can get a sense of what’s at work with the examples. These eight principles are not all original with me, but they’re true and based in the collective logo design wisdom.

#1 SIMPLE
You’ll notice that most major corporations’ logos are nearly painfully simple. Consider the logos for National Geographic, H&R Block, Nike, Target, and Apple. Or one of the oldest logos of all (in use since 1876): Bass Ale. Wow. Simple. There is an element of courage in a simple logo. How can massive, multinational conglomerates have the confidence to go forth with such simple logos? They defy the notion that a huge, complex organization must necessarily have a correspondingly complicated, elaborate (I call them “fussy”) logo.

#2 MEMORABLE
The best logos are those that most people could probably draw from memory. How much more ingrained in the memory could such logos be? They’ve established a beachhead in your brain. Corollary:  see above, under SIMPLE.

#3 TIMELESS
None of us can predict the future, but there are a few ways to achieve more rather than less timelessness. As with all things visual, there are fads and fashions that come and go (mostly go). Some obvious methods to reach for timelessness are to avoid overly-era-specific typefaces or imagery that’s rooted in a specific element of pop culture and symbolism, since those can “age badly” or lose their meanings. Having said this, it is also true that depending on the brand and personality of the business, a distinctively vintage logo that evokes a time and/or place is perfectly suitable. Just make sure the choice is a conscious one.

Timelessness is difficult to define and is “in the eye of the beholder.” One can approach this principle but still miss the mark. The key is to not miss it by too much. Many long-lived logos have undergone subtle adjustments over time. I hasten to add that they evolve because they’re fundamentally capable of evolving. Two great examples of these are GE and Coca-Cola. Both of these logos have evolved over time, but subtly, remaining completely recognizable in their fundamental formal visual characteristics.

#4 VERSATILE / ADAPTABLE
A logo has many demands placed upon it, including the ability to render it in a wide range of media, materials, and contexts. It has to “work” equally well on the barrel of a pen, on a website, and on (if you’re lucky) the Times Square Jumbotron. It has to work in its particular colors as well as “reversed out” to white for use against a dark or black background, or in shades of gray. Planning for this is non-trivial.

Ideally, a logo that’s under consideration would do well to be put through a “stress test.” Print it out at business card, or pen-barrel size. Think about those circumstances when it has to be rendered in plain, solid colors such as with screen printing. Granted, with all the methods and materials that are available for reproducing a logo, it’s generally easier now than ever before to render an image with lots of details, shading, and “special effects” — including photographs — on what used to be the less-forgiving substrates such as fabric. I still strongly caution against logos that heavily rely on effects and gradations — such “bells and whistles” are limiting in any case, so why hem yourself in? One solution for adaptability is to create variants of the logo and/or logo lockup to accommodate different contexts involving the proportions of available space, or the rendering of the logo image in different ways. This can be achieved, but the most important underlying principle is to be sure that despite all variations the logo remains fully recognizeable. The logo for Chevrolet is a good example of this kind of variation. Variations can be done so long as the basic, underlying composition, contrasts, and visual elements can be rendered in solid colors if need-be, while retaining their effectiveness and visual power.

#5 APPROPRIATE
This principle can easily be missed. Appropriateness goes to the brand, the market, the audience, the product or service. It’s very subjective, but you know a “miss” when you see it. Key to this is being clear on the brand and message as well as the intent and the surrounding culture. Color use also factors into appropriateness because different colors have varying symbolic meanings in different cultures. Appropriateness also is related to appeal. Clearly, only a logo that’s appropriate can be appealing, but it takes knowing the cultural context to get it right with either. And by “appropriate,” I do not mean okay with Emily Post. A shocking or “out there” look might be just the thing for a logo, again depending on the target audience.

#6 ORIGINAL
It is quite difficult to create a totally, utterly, 100% original logo today — partly because there are so very many of them out there. How on earth could you know if you’d settled on a logo image that doesn’t look like another somewhere on the planet, or in the country, or closer? This is analogous to coming up with company names, product names, and by extension domain names. Just about everything has “been taken” to the degree that makes this aspect hugely difficult. Along with being original, a logo has to stand up to the competition — it needs to distinguish itself from all others in the same competitive arena and be more appealing than the others to the same audience.

The literal meaning has to do with size, and we’ve already addressed this question in the area of versatility/adaptability — namely, can the logo image “carry” and be legible at a wide range of physical sizes? I see this issue all the time and it’s a dead giveaway of amateur logo design. A basic mistake is to create a logo with some elements (usually text) which when scaled down in size along with the rest of the logo elements becomes completely illegible; vanishingly small. The entire assemblage of a logo’s elements (symbol/icon, company name as text, tagline, etc.) is called a “lockup.” There can be a few different arrangements of these lockups developed for a logo in order to present it in different contexts, usually having to do with the proportions and size of the available space. If a logo fares badly in a much-needed context, it has failed this “stress test.”

The second meaning of the term “scalable” is related to appropriateness. Merriam-Webster defines “scalable” as “capable of being easily expanded or upgraded on demand.” You might wonder what this has to do with logo design. The best way I can illustrate this idea is with a couple of theoretical examples. Let’s say you start a business that provides training materials to firefighters and you name the business Responder Coaching. Good enough. But you have a logo created that features a firefighter’s helmet. Later on, what happens if you find that your offering applies perfectly to EMTs, law enforcement, and security officers? That original logo is not scalable because the imagery in it doesn’t have the flexibility to encompass more than the specific niche of firefighters as responders. It’s a “miss.” Let’s say your business starts with offering a product that is used in the auto repair arena and your logo features a silhouette of — even a very — generic vehicle. Your product takes off and is well-established and the logo is very recognizable (read: has great value). Shortly you discover that the same product is also useful in the aviation maintenance arena. A logo with a car image in it ends up not being scalable enough to reach over into the aviation market. It’s a “miss.” It’s for this reason that I usually recommend considering logo imagery that is more metaphorical than literal.

#8 AUTHENTIC
This is the most subjective and at the same time valuable and ineffable of all the eight basic principles. Authenticity is like “quality” (ref: Zen and the Art of Motorcycle Maintenance) — you know it when you see it. It also can be a huge “miss.” An authentic logo is deeply based in your brand, and has a style and personality eminently suitable to the company it represents. Authenticity can be missed in those cases where a logo is developed before a brand is defined, done first, or in a vacuum. Over the years I’ve been designing, many businesses have come to me saying that they needed a logo. What they really needed was a brand. Brand comes first, and logo emerges out of that. A “toss-off” logo that’s created with a meager brief or no backgrounding is almost certain to be un-authentic.

Here are some obvious elements to avoid with a logo —

When to Break the Rules

As with all basic principles, there are always cases where you might break the rules. The most important consideration with rule-breaking is to do so with open eyes. Breaking the rules with awareness and intention can succeed and yield good results. There’s nothing at all wrong with thinking outside the box, as long as you know which box you’re outside of. 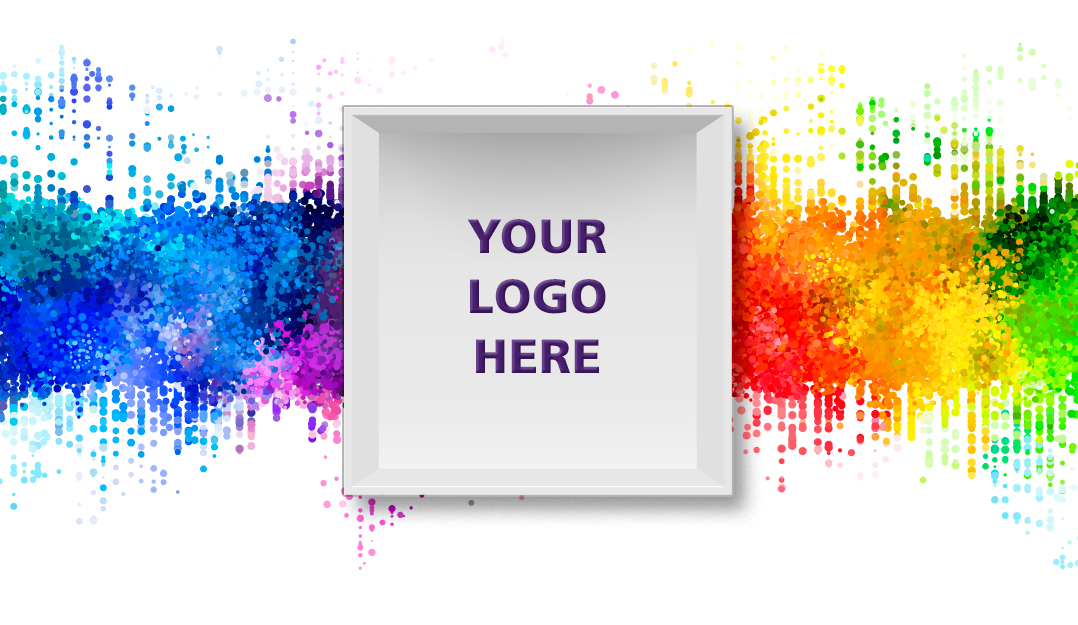