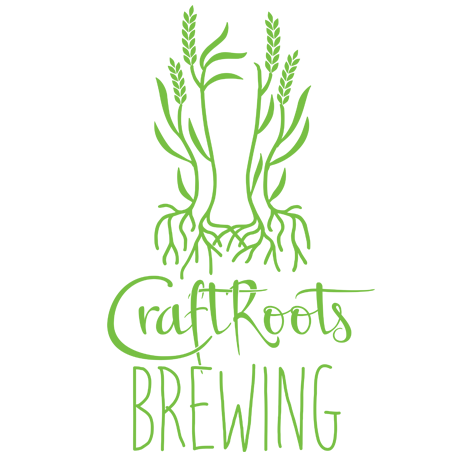 CraftRoots Brewing is a local, woman-owned new craft brewery that is now releasing their very first creations. The assignment for this logo was to design a look so different from all other small breweries that CraftRoots could not help but stand out in the crowd. The decision was made early on to break with the typical, expected look for a brewer’s logo and to reach instead for something fresh, graceful, and grounded.

As a part of this completely new approach, we were intrigued by the notion of borrowing from the classic “figure-ground illusion” from perceptual psychology wherein a single image, depending on how it’s interpreted, can be TWO different images. In this case the two images are a graceful stand of growing barley, in which is “hidden” the silhouette of a classic pilsner glass.